An Explanation & A Request... For A Sweet Jedi

I know that I have been "missing" somewhat, lately... But I promise that I have an excellent reason!

Well, he's my oldest son. His name is Renn, and he's 5 years old. In less than a month, he'll be going to Kindergarten. He loves Star Wars and knows everything about all six movies... Seriously. He's very smart (okay, yes, I'm a teensy bit biased!), and has said some of the most hilarious things I have ever heard in my life.

Back in February of this year, Renn began having seizures. I mean, out of NOWHERE. They are not your stereotypical lying on the floor, twitching, convulsing, and drooling type seizures (those are called Grand Mal seizures). He has what is known as Petite Mal seizures, which are far less scary to watch (unless you're the person's parents!). He'll begin by shuffling his feet, pointing at or asking about a million different random things, and then his body will "spasm" and he'll flail his right arm out, and might run in a circle while clapping or hopping.

We ran him through the gambit of tests. He had a CT Scan, an EEG, and a MRI... I must admit, with each test, my heart sank. It was hard to watch. But him? With each test, he got to be a cooler and more intelligent Jedi. The resilience of this child... I can't even explain. Anyway, the CT scan came back clear. MRI? Perfect. But the EEG? No such luck. The doctor said it was just "ugly". Believe me, I didn't spend years in medical school learning how to read EEGs, and to me, that thing made me cry.

So in March, we got hit in the gut with a load of the heaviest bricks. Our little boy was diagnosed with Complex Partial Epilepsy.

That word just didn't make sense. He was perfectly FINE all this time! Would he be able to live a normal life? Would he be able to drive one day? What did that word mean, exactly? It truly is unbelievable how little we knew about the disease, and what kind of stigma it holds for those who don't know. I've long dealt with people not understanding my disease (I'm a Type 1 Diabetic- have been since I was 10), but now? Was I going to have to go into each teacher at every new school year and whisper quietly all the restrictions he was to have? NO. I just wasn't having it.

Luckily, his Neurologist- thankfully a close family friend of ours- calmed me the heck down. He said Renn would be just fine, and there were no restrictions. He'd be on medication, and once it kicked in and he stopped having seizures, we'd recheck in a year and see if we could start weaning him off the meds. That meant there's a chance he'd outgrow this!

Hope! There was hope!

But, three months, three heavy medications, seven different dosage changes, and many seizures later, that one year goal seems further and further out of reach.

Tomorrow (July 23, 2012) I will be taking Renn to our wonderful Children's Hospital, where we will admit him, and he will be monitored for at least 72hrs on what's called a VEEG (Video EEG). The goal is to find out what, exactly, is going on in that beautiful, innocent brain of his. I am praying for answers. I don't think there is anything worse, short of losing your child, than not knowing what is going on with your baby.

Why am I sharing this? Well, one- I'm a writer. I have to write, and as I've explained before, it's extremely therapeutic for me. But, two- I am sharing this because I know I have a family, here. A family that cares about what is going on. But more than that, we write for kids everyday, so odds are, we kinda like them. :) I'm hoping that maybe, just maybe, I can lean on you in this hard time.

So I am making a request... If you wouldn't mind it this week while Renn is in the hospital, could you share this picture and story with everyone you know? I will be making it my profile picture on FB, but you certainly do NOT have to go that far. But maybe ask your friends, families, or followers to pray and/or share?  I want to be able to show Renn, as he sits and sits and sits during the VEEG, that there are people in the world praying for and thinking of him... That he CAN get through this, the only way Jedis can... By using the Force. :)

For now, I am on hiatus from my Pondering posts. I hope that you can understand. My love for writing is only surpassed by the love I have for Jesus, my husband, and kids. But I promise, I will be back!

For now, I'm off to a galaxy far, far away with my handsome Jedi. Thank you, in advance, for all the love you have shown me and my sweet boy. I hope to repay you with the same kindness one day.

Viewable on your computer & available for iPhone, iPad, Android & Google TV- Only $2.99!! 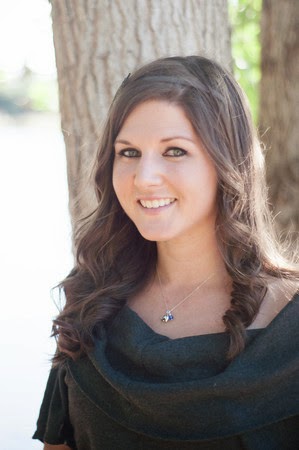 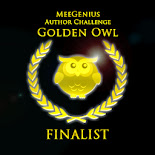